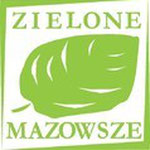 public participation in the decision-making and protection of natural

Our mission is realized through:

- Promotion of public transport, including rail;

- Promotion of cycling and action to improve conditions for cycling;

- Work to respect the rights of pedestrians;

- Measures to reduce car traffic and to redistribute road space;

- Supporting public participation in decision making process and the

- Measures to reduce waste and recovery of recyclable materials;

Bicycle campaign is run from the very beginning with two main purposes:

1. Promoting cycling as a means of transport,

ZM is the regionally most active and to some extent unique advocacy movement on behalf of vulnerable road users (pedestrians, cyclists) and public transport passengers.

ZM is involved in the "Cities for Bicycles" - Polish countrywide bike organizations network.

- Creation of BUS-lanes along several streets in Warsaw.

- Building cycle path is mandatory along every new road.

- Introduction of a local law rule which requires each road project to be consulted with cyclist organisations.

- Setting up a team for cycling in the city hall transport office.

- Allowing to carry bikes in public transport - in addition for free.

- Setting up the Social Dialogue Committee for Transport Affairs.

- Successful action against shift of EU funds from rail to roads (2011).

Zielone Mazowsze started to be a part of Soot Free For The Climate Campaign in August 2011. Since then we raised up the topic of establishing Low Emission Zones in Warsaw. In order to implement that, we have cyclical meetings with officials, authorities and inhabitants. Since the beginning of our campaign we had few happenings and actions, which catched the attention of people on the street. After our actions we had good press coverage.

Continuously we are working on: monitoring the realization of strategic documents; monitoring the air pollution levels everyday, how it changes; preparing the background for implementing LEZs; working in working group “Air protection and power industry” by the Ministry of Environment; cooperating with Public Transport Authority in order to put low emission buses in the city center. One of our main goals is to change the law on national level, which will allow implementation of LEZ's and change of internal law of Warsaw Municipal Street Office which gives permissions for driving HDV in Warsaw.